Creative, Mindful, On Our Game
Where Imagination Meets Action 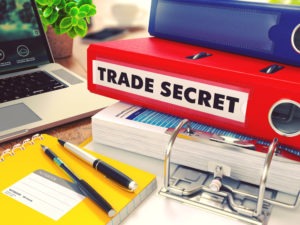 The easiest way to explain what a trade secret is, is by example. My favorite is the Coca-Cola recipe. Coca-Cola has miraculously been able to protect its own recipe as a trade secret since its inception in the early 20th Century. This means that no other company can copy its recipe and sell Coca-Cola products without Coca-Cola’s permission. Furthermore, if any Coca-Cola employee were to sell the recipe, Coca-Cola could sue that employee for violating their trade secret confidentiality clause in their employment agreement.

That’s Interesting, but what if I don’t have a Recipe?

Trade Secrets are important for business owners because they do not require formal filings with the USPTO, as Trademarks and Patents do. Making a public filing of an application to protect trade secrets would, in fact, be considered a public disclosure and would by default prevent you from being able to protect that intellectual property in the first place.

The list of what is protectable is long, but some easy examples are: processes, payment agreements with employees, novel business models, data implementation, client or customer management styles and requirements, and really anything that makes a business more efficient or more profitable that is not generally known by the public.

Prior to disclosing trade secrets, business owners should require the third party to sign a nondisclosure agreement at the start of their employment contract. These contracts must explicitly lay out the terms so that the business can keep all of trade secrets safe from exposure to the general public. The contract should define the confidential information and specify the steps the business will take if the new worker breaches the agreement.

Does your business have trade secrets that you would like to protect?