Breaking News: YouTube Pulls Hundreds of “Let’s Play” Game Clips: What This Means for Your IP Online (Part 1 of 2) 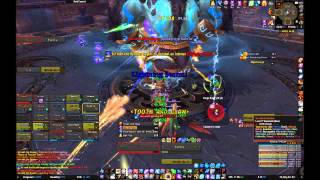 The online gaming community has grown exponentially over the past few years, and now many gamers are able to make a very comfortable living by posting clips of their expert video gaming skills on Youtube and/or streaming and selling advertisements during the videos.

Obviously, these videos include footage of the game itself, which is copyrighted and owned by the game company (not the gamer). However, game companies are often hesitant to take these videos down because of the huge promotional benefits that Let’s Play videos (gamers playing the games) and Walkthrough clips (game demo videos) provide. So why did YouTube intervene and remove the videos?

In a controversial decision, YouTube recently enabled new Content ID Scanning policies on Multi Channel Networks. This allows copyright owners to flag videos for take-downs. While newly-uploaded videos have normally been scanned for copyright infringement, YouTube’s new policy scanned older videos in ‘catalogs,’ that had been uploaded for a long time, and many were flagged for copyright infringement and pulled off the servers.

Who Wants these Videos Pulled? Don’t These Promote YouTube and Game Companies?

One would expect all game companies to act similarly, and encourage clips of their games online, but Nintendo has actually decided to take money from the gamers posting the videos! Specifically, as mentioned above, gamers make money by posting their “let’s play” videos of the games online, and selling advertisements.

Well, Nintendo now has the policy of taking some of that advertising revenue for themselves! Oh the audacity! The fact that uploaded videos are promoting Nintendo’s games makes this business decision look totally backwards to me and others. Hopefully users will recognize this and purchase less Nintendo games…

But there are more players involved here than just YouTube and game companies. If you’ve ever watched game videos, you’ve probably noticed that the players include their own music, often better than the music in the games themselves. It makes sense; if you’re making a living at playing online games full time, the original game soundtrack is probably obscenely old for you. Using music from other sources is more enjoyable for the gamer, and can make the gameplay video more epic and fun for viewers.

Unfortunately, using other people’s music comes at a cost. If no one is paying for the music used in the videos (which is usually the case), then the musician and the music companies they’re signed with are losing money. For this reason, it makes sense that a lot of YouTube game clips were flagged so as to protect music companies (content-owners) who had no chance of being compensated before.

What this Means Going Forward

For a long time, Google (owner of YouTube) has had the technology to scan their video posts for copyrighted materials, but they have never been ordered by a court to actually police their website for copyrighted works on a large scale and take anything down like they’ve done here. For the video game industry as a whole, I think it’s great that Google has used such a laissez-faire approach, but the fact that they have begun to pull so many gaming videos makes me nervous.

Could this be Google’s first move towards initiating the Stop Online Piracy Act (“SOPA”)? Hopefully not. While copyright infringement runs rampant on the internet, modern companies big and small are able to utilize this infringement as a promotional tool in everything from Facebook posts to free-to-play video games.

As a musician myself, I certainly understand the grim starving artist outcome of pirated music, but taking down every video, carte blanche, that shows up on a Content ID scan, like they seem to have done here, looks a lot like firing all policemen and favor of installing traffic cameras that automatically issue speeding tickets for the maximum amount possible, regardless of the circumstances.