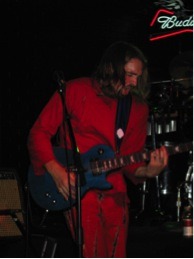 Unlike other contracts, any agreement about the use of music, such as in-game music, includes a plethora of copyright and licensing issues that you should be prepared for.

Who Owns the Copyrights? An Adventure in “WorkForHire Land”

According to the US Constitution (Art. 1, sec. 8, clause 8), a person who makes music instantly owns the copyright to it. More on copyrightshere. However, modern music contracts allow for the use of a “work for hire” provision, wherein the musician agrees to immediately grant the rights to their work to the company who has hired them.

Work for hire provisions are used all the time—from studio musicians playing solos for bands, songwriters “ghost-writing” songs with(read: for) “artists” who have no writing talent of their own but still want to be considered a “singer-songwriter,”—I know, I’m jaded—. This list also includes musicians writing for software or movies.

As a general rule, all software/game companies use “Workforhire” contracts for their music, so that the game creators can sidestep licensing costs and holdouts (more on this in an interview with Steve Schnur, and below).

However, some smaller game companies may not have the necessary bargaining power to get the full rights to the music, and therefore have to get more creative with their contract provisions. I’ll write more about creative provisions such as these in the next installment. For now, though, let’s take a glance at the basics.

Extra Product / Promo Materials: Your company will almost always want to include a provision that allows you to use the game music for your promos and advertisements. In the contract itself, this clause should include a sort of “catch-all” that allows your company to get creative with your promotional materials, so that you don’t have to run to your lawyer every time someone has a cool new idea that requires the use of your game music.

Royalties: Technically, musicians are owed royalties for each “play” of their song, which would, at least in theory, include every single time your game is played by anyone anywhere. Obviously, this is very difficult to track, however, so artists usually negotiate a single lump sum payment for game companies, or a cut of the actual profits from game sales themselves. This is basically a work for hire. Be mindful that each type of royalty provision requires a great deal of finesse, as it can be easy for either party to sidestep the contract language and find a loophole.

Length of Rights to the Music: Normally, given that software companies will want to be allowed to use the music indefinitely, the transfer of rights is usually permanent. We want to avoid the situation where your company creates a successful game, and the musician decides it is in his best interest to forbid the further use of his music unless he is paid an enormous amount of money. If the rights are not granted permanently, it can create holdout situations that no one intended, so get the rights to the music permanently if you can. We’ll discuss this more in Part 2, next week

Artist Credit: This is a big deal in the wonderful world of entertainment law. In my own personal opinion, artists deserve a great deal of credit for their work. Usually, they get their name written on the game insert, somewhere on your introduction / credits screen, and at the ending credits. This provision is very important to the artist, and therefore commonly negotiated.

Territory: In the olden days of radio, when mass communication was nowhere near as efficient as it is now, people used to limit the use of music based on various geographical areas or territories. This allowed artists to license or sell their music to various radio stations around the country. As each individual radio station could only pay a certain amount, it made sense to split up the rights and create many smaller license contracts than to pay one huge lump sum for the music.

While this provision used to be very limited (you’re allowed to play this song in only your state), in modern software contracts it’s almost always written as “distribution rights are for the world,” or even “the universe” (for the sci-fi minded companies out there, you’ll want to be sure that you’re covered for when we start populating Mars).

General Provisions Regarding the Game Type: When games were played on a single platform or console, the rights to the music were limited to that version. However, modern games are obviously played online, with mobile devices, on Macs and PCs, etc. To avoid holdout situations (see “length of rights to music,” above), it’s best to include a catch-all provision that allows the game music to be played on any platform, even ones for which the technology is not yet developed.

That’s it for this week, folks. Next week we’ll get creative about how to work with your musicians on a budget, and go through some quick and easy tips for modern music contracts.

In case you’re interested, some of my music: Poésis, and Lucid Rain.

Great interview with Steve Schnur on the subject (EA Games)

Interesting blog by an indie game developer that used only licensing (a strategy which I would discourage ).