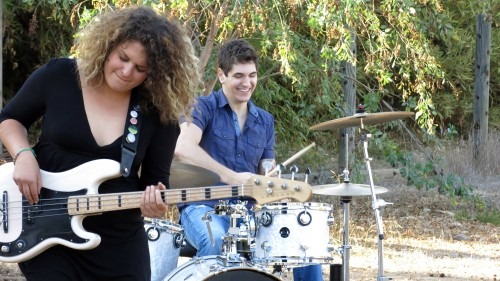 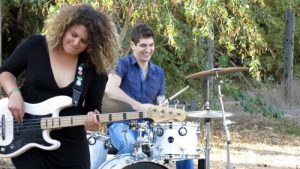 Last week’s blog discussed the basics for creating rawk solid music contracts for your software. Today’s blog will get more into the details, going over the specific pros and cons in using licensing agreements instead of workforhire contracts, and some general tips to help you avoid issues that contemporary music contracts run into.

Licensing Issues: Why You HAVE to Avoid Licensing Contracts at All Costs!

Going the Licensing Route: If you don’t use a workforhire contract, outlined in detail in last week’s blog, you’ll have to use licensing. This contract structure allows you to get licenses from pretty much anyone, but it does require you to get both the rights to publishing and the artist’s rights to the copyrights themselves.  Usually, copyright owners have 2 separate copyrights, the copyright for the music and lyrics (if any), and the copyright to the actual “Sound Recording.” That means that you’ll have to get a license to use both the song itself, and that particular recorded version of the song. Oftentimes, different people own these copyrights. For example, Bob Dylan originally owned the copyright to his music and lyrics in “All Along the Watchtower.” But Jimi Hendrix (or his label) owned the sound recording copyright to Jimi’s version of Bob Dylan’s song.

There’s also separate rights to the publishing, which requires paying whichever company owns the publishing rights. If you’re going the licensing route, you’ll have to procure all of these licenses and rights, even if they’re owned by various different people or business entities. Given all of this complexity, it’s easy to see why the vast majority of game companies sidestep all of this and use a simple workforhire contract that allows the game company to already own all the rights to the music!

Ancillary Rights / Needs: If you’re using a licensing agreement instead of a workforhire agreement, you’ll also have to specify additional uses that you may need the music for. This is considered ancillary money for the artist or songwriter. For example, it would give you the right to edit the music, remix it, use the music for the main menu of your game, use the music at the beginning or end of your game, or during the final credits. If you’re going to use the music in any of these ways, it’ll probably cost you more money and be a well-negotiated point.

Use Goals or Milestones: Using Goals or Milestones allow you to break up large amounts of work into smaller, more manageable pieces, and pay the artist for each piece of the work they complete. There are usually two steps to complete each milestone. First, the artist submits the completed work to your company. Then, you decide whether the work is “acceptable” by both general standards (meaning that it’s properly mixed and has the correct industry standard quality such as volume levels, recording quality, etc) and your company’s quality standard (basically meaning that you like it and choose to approve it). Once these two steps are completed, the artist has met the Milestone, and will get paid for that small portion of their work.  Separating a large agreement into more manageable pieces is helpful because companies generally want to critique the music being created as the artist creates it. Some parts of the game will need different types of music, and the company will need to be able to make suggestions for each particular game zone or level. It also can help with pay schedules, so that the artist will be compensated at each milestone point that is completed.

As a final note, Milestones often include penalties for work that’s not turned in on time. These penalties, although harsh sounding, help a great deal to avoid “bottle-neck” issues that will slow down or prevent your game from launching.

Include a Confidentiality Agreement: (also called an NDA, or “Non-Disclosure Agreement”) These should be included in all contracts the company makes where secret game information could potentially be leaked by the hired party. While I doubt a game designer would ever disclose this type of information, if you’re a person on the sideline—artists are usually seen as independent contractors— confidentiality can be an easy thing to forget about. If an artist does drop the ball and post a trade secret to Facebook, you want to have a Confidentiality Agreement already in place.

Warranties: These are just statements that the musician agrees to, such as “Artist warrants that he or she has all rights to make and disclose of any copyrights herein without liability to any third party…” Oftentimes, and especially with bands that are signed with major labels, musicians will have made prior agreements with other third-parties who may own the rights to all or some of their “future created material.” You’ll want to make sure that you aren’t buying any music that the artist cannot, in fact, sell to you.

Use a “Changed Circumstances” Clause: Obviously, game technology is rapidly evolving. You want to make your contract air-tight so that it can account for new technology platforms of any sort, without you having to renegotiate anything. Savvy video game companies deal with these changing circumstances by inserting into their contracts ‘clauses’ that say, essentially, “whatever you do for us gives us the exclusive rights to distribute the copyrighted material in all formats now known or created in the future.”  This simple clause covers your company from having to renegotiate lengthy new contracts, where your negotiating leverage may have changed, saving you loads of time and money.

And that, my friends, is a quick and dirty discussion on game-music contracts.

In case you’re interested, some of my music: Poésis, and Lucid Rain.

Great interview with Steve Schnur on the subject (EA Games)

Interesting blog by an indie game developer that used only licensing (a strategy which I would discourage ).