Georgia Business Courts Are on the Horizon 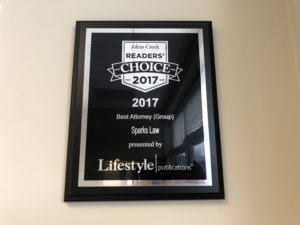 Georgia businesses may soon have their very own courts in which to resolve legal conflicts. On April 6, 2018, the Georgia House sent Resolution 993 to Governor Nathan Deal’s desk, and it is very likely that he will approve it. Governor Deal has long been in favor of specialized business courts and announced plans for a constitutional amendment to create Georgia’s own during the first week of the 2018 legislative session.

What is the Georgia House Resolution 993?

HR 993 would amend Georgia’s constitution to create separate courts for business-to-business cases, which could deal with legal issues including antitrust violations, intellectual property, contract claims, and business torts. Proponents argue that specialized business courts allow cases to move more quickly through the judicial system, make judgments more predictable, and foster a higher degree of judicial expertise. Courts with these traits, they argue, would make Georgia more attractive to businesses and would increase the number of companies that want to incorporate or locate here.

Georgia has had an operational pilot business court since 2005: The Metro Atlanta Business Case Division, which operates in Fulton County. The pilot was expanded to Gwinnett County in 2016.

Judges in Georgia’s business court would be appointed for a term of five years by the Governor, subject to approval by the Senate Judiciary Committee and the House Committee on Judiciary, and could be reappointed for successive terms. Judges in most of Georgia’s other courts are elected. The court would have concurrent jurisdiction with the Superior Courts over equity cases, but business cases in Superior Court could be removed to business court.

Assuming Governor Deal approves the bill, voters may see it on the November 2018 ballot. Until then, Georgia businesses will continue to duke out legal battles in the same courts as individuals.