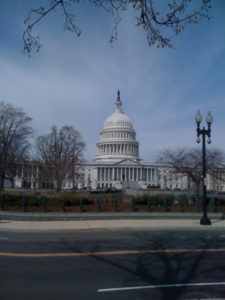 With the combined effort of new legislation and a full-on state constitutional amendment, Georgia has made a 180-degree turn: from an anti non-compete agreement state to one that is wholeheartedly in support of non-compete agreements. How did this happen and what does it mean for GA businesses and employees?

A non-compete agreement (aka “Covenant to Not Compete” or “CNC”) is a contract between companies and their agents (usually their employees) that restricts the agent from becoming a competitor of the company / employer.

For the most part, Covenants to Not Compete have to be limited in time and scope, depending on the state they are created in. In Georgia, an agreement that keeps a key employee from working for a competitor anywhere in Georgia for 1 year after their employment ends, is probably enforceable against the ex-employee.

Just a few years ago, the Georgia state legislature passed a new law that would radically change Georgia’s policy on non-compete agreements. Companies started using these more aggressively, in response to the new law, but the GA Supreme Court effectively pulled the rug out from under the legislation, deciding that to enforce the law would violate the Georgia Constitution—specifically, non-competes violated the Constitution by restraining competition.

How did Georgia respond to this decision? We amended the Georgia Constitution! With the successful amendment in hand, Georgia then re-passed the same law as before, and retroactively declared that non-compete covenants signed after May 11, 2011 would be enforceable (as long as they complied with the GA legislation).

Even if a judge rules that a non-compete is overbroad—for example, one that stopped an ex-employee from working at any sales job for 10 years, throughout the world—Georgia courts are now allowed to blue pencil (change) the Covenants to Not Compete to the maximum amount allowed under the new statute. With the previous example, the CNC might be blue penciled to 2 years for any sales job in GA.

What Does the new Non-Compete Law Mean for Georgia Businesses?

Modern businesses have a unique problem with their employees. There’s a tension between the need to train your employees well, so they can do everything for the company and allow the business owner/entrepreneur to manage the business or even setup new companies, and the risk that a well-trained employee will jump ship and setup their own competing version of your company, undercutting your prices, and doing the same job with the benefit of your hard-earned knowledge.

Georgia’s changes to the non-compete law gives Georgia businesses a lot more breathing room in this situation, by allowing them to restrict employees’ ability to compete with them after they leave the company.

Depending on the non-compete agreement’s terms, by utilizing non-competes a Georgia company can now stop an ex-employee from:

But Georgia companies don’t have to stop there! They can even sue to recover the lost revenue from the competition! So if an ex-employee signed a strong non-compete agreement (as in, well… the one that I wrote for you) and then the employee sets up their own version of your business, making $200,000 in profits in the one year after leaving, you could sue them and recover all of those profits! You might even be able to recover your attorney’s fees and litigation costs.

After immense reform including new legislation and a full-on state constitutional amendment, Georgia has switched from a state that highly disfavors non-compete agreements, to one that very much supports them. Savvy business-owners should make sure they’re taking full advantage of this change in the law, and employees should have an attorney review their employment agreements to see if they’re at risk of losing their livelihood for years after their employment relationship ends.