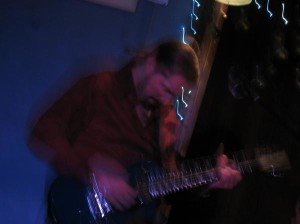 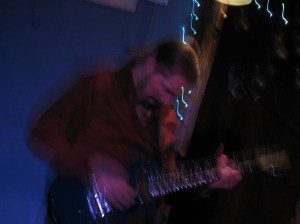 Recently, YouTube decided to block an enormous amount of independent artists in preparation for the unveiling of their premium / subscription service. Given the catastrophic effect this will have on the music industry itself, which is on its last leg already, I think a discussion of the legal reasons and ramifications are in order. Please help raise awareness of this issue by liking/sharing.

A Brief Legal History of the Music Industry

The music industry has had to adapt its legal structure to a lot of new technologies over the years (concerts, Broadway shows, radio and Payolla, sheet music, movies, TV, internet piracy, and now YouTube). What we get is a bit of an ad hoc version of the law that doesn’t fit the current environment. To me, it’s akin to terrible city planning; there’s a large sprawling landscape where various roads and highways were put in place to solve traffic issues in the 1950s, but now they only make things much worse. What we’re left with is a minefield of traffic jams, dirt roads, abandoned trails, and highways that lead to nowhere. (End of Rant).

The most recent major change is the Napster epidemic. Once songs became easily downloadable, for free, and the technology came out for people to easily “burn” a CD copy of an album that would otherwise cost them $12-20 dollars, people could amass multi-thousand song collections with the click of a button. There was still a large amount of money in the “music industry,” but the musicians and record labels stopped getting paid; the money was instead funneled to the tech industry. Why did people ever need 90 gigs of storage space on an iPod? Because they illegally downloaded tens of thousands of songs and needed a place to put them. The problem is that the artists didn’t get that revenue, Apple did, in the form of iPod sales.

Similarly, computer companies and blank disk manufacturers offered quick CDs and burners and sold an enormous amount of them due to this shift. Personally, I think that illegal downloads were too easy to ignore (actually driving all the way to a music store to purchase a physical CD for 1000% of the cost of burning a blank CD from your computer was just ludicrous). Thankfully, iTunes allowed us more honest chaps the opportunity to purchase music immediately online at an affordable rate, and still pay the artists some compensation. But I digress….

Online downloads and streaming of music has been pervasive in the industry since Napster, and music labels have been at war with tech companies ever since. While they are perhaps late to the legal party, Google, the owner of YouTube, has apparently decided to block a huge number of independent artists from their site. Why, you ask? Don’t Google and YouTube love small Indy artists? Well, sure, but not when they stand in the way of profits. (Again, apologies for my bias, I was once an independent artist and I’m a bit jaded).

YouTube has decided to make a premium service available that will not include ads. This has a great deal of legal ramifications, not the least of which is that YouTube will, for the first time, be charging people for the music on its site. Legally, that means that YouTube has to negotiate with the record labels that own the rights to that music; otherwise, they’d be selling illegal downloads of music that they don’t own the rights to, to consumers on a huge scale.

As recently reported, YouTube doesn’t want to confuse its premium subscribers by offering them some content that they can stream (the labels they’ve negotiated with) and some that they can’t (the indie labels). So they’ve decided to throw out the baby with the bathwater, and just block independent artists altogether. Overkill?!

Yes, There Are Alternatives!

Here are some much better alternatives:

YouTube’s decision to ban independent artists from their site could cripple the independent music scene, and make it even less likely for us common folk to hear new artists whose fame isn’t manufactured by the big labels. This decision is concurrent with a long parade of horribles that’s occurred in the music industry since its beginning, but it can be changed.

If enough people share this post and others like it, we can collectively sound the alarm to YouTube officials, and tell them that we want an alternative solution. Jonathan Sparks is the principal attorney at Sparks Law, where he helps small to medium sized companies with their legal issues, general counsel and registered agent services.