Our Blog
Industry InfoManaging Your Business

Lead the Charge: 10 Traits of a Successful Business Leader 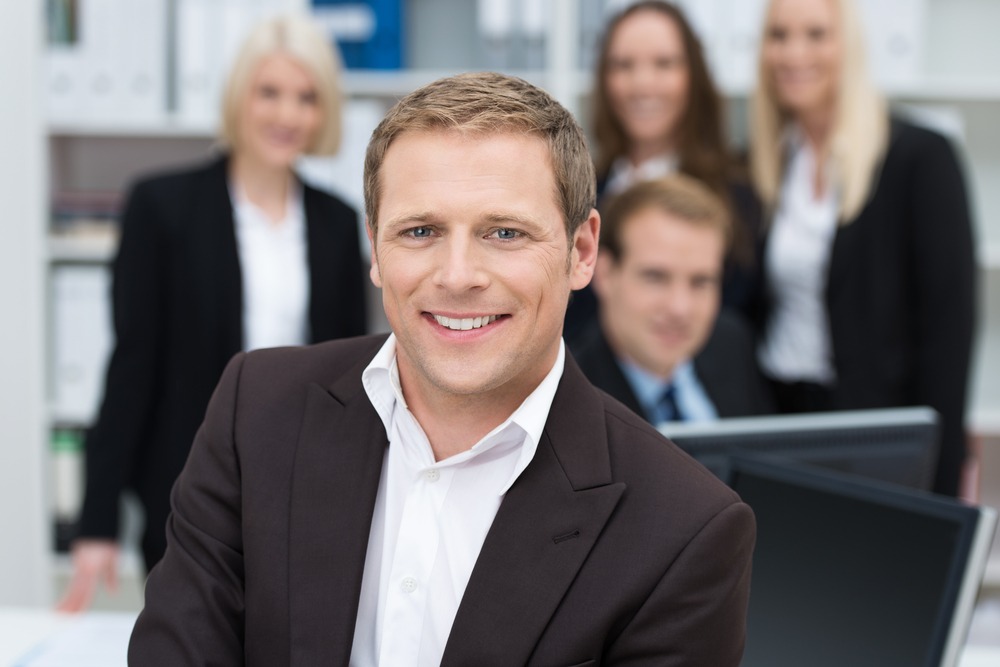 To be a successful business person, you have to be a good leader. Not everyone is cut out for being a leader, and that’s ok. But if you want to start a business or bring your current one to success, you have to have the traits of a leader. Some traits come more naturally to some than others, so some of you may have to work a little harder to adopt the qualities of a good leader. Here are some basic traits that business leaders share:

Before you can lead anyone, you have to have somewhere to go—some goal to strive for. This takes vision. You need to have a clear idea of what you want to accomplish. It’s ok if the hows come later. You also have to be able to communicate that vision to the people you work with. If they don’t see it, then they’re likely not going to take the risk to get there with you. You have to be able to visualize where it is you’re going and so does your team.

You have to want what you’re doing. Your vision has to always be on your mind, continually drawing you to your end goal; and you’re going to need passion to get you there. Without it, it’ll be too easy to lose focus and give up. It’s what makes the struggle worth it and is what will give you the strength to endure. Let passion fuel your success and don’t be afraid to show it.

A big part of being a good leader is having the ability to get what you want. When your employees watch you go into a meeting and see you come out with the deal you all were hoping for, you become the real thing. When you produce results, people will follow your direction. This skill is incredibly important. When people feel like they’re on a sinking ship, their motivation goes down with it. Then their work suffers and thusly so does the business. Winning over clients and bringing in more customers will help build your credibility.

This ties in with the two aforementioned traits. With vision and passion both steering and driving your success, you have to be able to inspire that within others. If they have the same vision and passion as you do, then this shouldn’t be too difficult. But this isn’t always the case.

Most times, you’ll be in charge of leading people who may not see things quite the way you do. This means that you’ll have to allow them to share their vision for the company with you. You may not agree with them, but you at least have to hear them out. And who knows, they may have an idea that you never thought of and cause you to change your own vision. Instilling a company culture that operates on inclusion will help ensure that everyone’s voice is heard and have them feeling like they’re not just being dragged along.

The main point here is that inspiration is often difficult when you’re employees don’t share the same ideas as you do. You can’t force your passion or vision onto others. It has to come from them. So figuring out what it is that gets them going will help you tremendously.

An Eye for Talent

“No man is an island,” as John Donne famously said. You’re not going to be able to achieve success all on your own, not with such lofty dreams. This means being able to find people who can help you paddle the boat.

Knowing how to lead also means knowing what you lack. You have to surround yourself with people who are better than you in all the ways you come up short. You have to be able to feed and build off one another’s ideas and push yourselves past what you originally thought possible.

To be successful, you have to be relentless with your attempts to get where you want to be. This means that when you fail (and it will likely happen more than once), you figure out what went wrong, come up with a solution, and try again. Putting yourself through this process time after time will help develop a strong sense of self and bring you greater respect: two things every great leader needs.

Being able to deal with criticism comes from years of being persistent. As you lead your team up the mountain, you’re going to meet plenty of naysayers along the way with worse things to say than “no.” The best rule to follow is: if it isn’t constructive, pay no attention to it. You have to show your team that you aren’t going to be thrown off the horse just because somebody hurt your feelings or disagrees with what you’re trying to accomplish.

Now, not every idea you have will be as good as you think it is and mistakes will undoubtedly be made. Recognizing when you’re wrong and handling it with humility and honesty will carry you a long way. It shows the people you work with that you are not careless or so self-absorbed that you’re blinded to reality.

If you’ve been doing a good job at leading them so far, they will likely lift you up and carry on. But you must also know that some people are not so quick to forgive. Of course, the reaction you get will mostly depend on the gravity of your mistake. Just don’t expect everyone to immediately have your back. The only thing you can do is try to make it right.

Very few people have achieved success without taking a couple of risks along the way. If you’re the kind of person who likes to play it safe, know this: everything is a risk at some level. Once you realize this, the very idea of risk will become less daunting and you will ultimately become a more confident decision-maker. Taking on risks and challenges with confidence will turn you into your team’s fearless leader.

A good leader knows how to be a good go-between. Office quarrels and differences in ideas will occasionally arise and you can’t simply sweep them under the rug. These issues have to be addressed or they will fester and become a bigger mess later. The key to handling these situations is being a good listener and to not pick sides (at least not in front of the people involved in the dispute), then work to create understanding between the people involved.

If you can adopt all of these traits, you will have everything you need to be a good leader. Still, you can’t expect to immediately become all of these things at once. The learning curve for leadership is a long and winding one.

The best thing you can do is put yourself in as many different situations as possible and give yourself time to think about how a good leader would handle them. You can be more decisive once you have internalized these traits.