Practical Advice on Types of Companies: What You Need to Know Before You Start Your Business: Blog 1: Partnerships 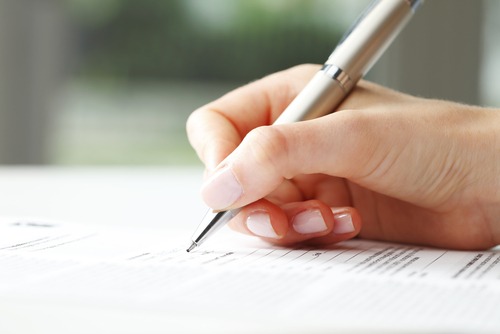 Partnerships as legal entities go back all the way to the dawn of the American legal system.  Early case-law explained that business partners have what’s called, in Legalese, “fiduciary duties” towards one another, which is to say, they can’t take advantage of one another.

Let’s say, for sake of example, that Bob the Builder’s business partner, L. Jenkins, gets an offer to build a certain large spherical small-moon-sized “star station.” Because the business pays so well, L. Jenkins decides to rush in on his own, hiring his own troopers to do the work, and intentionally neglects to tell his partner, Bob the Builder, about the business opportunity. When Bob asks Jenkins about the star station project, Jenkins says he’s taking all the profits. In legal terms, this would be a breach of Jenkins’s fiduciary duty to share all business normally conducted by the partnership with his business partner Bob.

–Other examples of fiduciary duty breaches include stolen profits or clients, failing to perform your duties as they are normally or reasonably expected of you, partnering or colluding with a competing business against your partner(s), doing any action in the name of the business that goes against an expressed or implied agreement between partner(s), and so on–

Due to these very high standards, these “fiduciary duties”, any action taken by any partner is considered an action of the entire partnership and every partner of the partnership. This may sound cool at first, but it could be a trap. It means that you will be liable, as in, you will have to pay for any successful lawsuit against any of your partners, for all actions that your partners take. So let’s say that L. Jenkins rushed into his contract to build the star station, and completely failed to acquire the necessary parts to build it.

Consequently, Jenkins is unable to build the star station within the time given him in his contract. Jenkins gets sued, as does Jenkins’s partnership company. As Jenkins’s partner, Bob the Builder would have to pay for all damages from Jenkins’s breach of contract, even though Bob had nothing to do with it. This is because partnerships have “joint and several liability.” –in English, “joint and several liability” means that every partner pays for the mistakes made by any other partner– Partners don’t just have to pay their “fair share;” each partner can be forced to pay for the entire damages awarded by the court against the partnership if one partner has no money or has skipped town.

And what’s worse, the person suing L. Jenkins and the partnership would be able to go after Bob’s personal assets! Assuming he won the lawsuit against Jenkins, he would be able to take possession of all of Bob’s assets, no matter how personal or priceless they might be, and sell them at a public auction, in an effort to get his money back.

But I digress. There are many benefits to partnerships, too. First off, you can create a partnership in any way, shape, or form, because it’s strictly just a contract. Contracts are extremely flexible, in part because the freedom to contract is protected by the United States Constitution. That means that partnerships can come up with whatever business model(s) they want to; they are not limited by other, more stringent, business forms—like corporations, LLCs, and so on—more on this in future blogs.

Also, because a partnership is merely a contract, creating a partnership is a snap. All you have to do is make an agreement with your partners. For all intents and purposes, this agreement, even if only vocalized, creates the partnership by itself. (Important Disclaimer: I would highly recommend against doing this by verbal agreement only! Creating partnership papers, with the help of a lawyer, makes your agreement much more clear to everyone involved and lessens the chances of people disagreeing about what they agreed upon in the first place, which means fewer lawsuits and therefore more money and success for you, etc.)

Lastly, unlike traditional corporations–to be discussed in subsequent blogs– partnerships allow for what’s called “pass through tax.” The short story on this is that corporations require “double-taxation” on all profits.

All things considered, it’s usually best to start your legal entity as a partnership, get all of your partnership agreements solidified in writing (by a lawyer), and then, when and if you are more successful, replace the partnership with a stronger (and costlier) legal entity that protects your personal assets and doesn’t deal so heavily with fiduciary duties and the like.