Startup Business Toolkit: How to Make the Best Partnership Papers 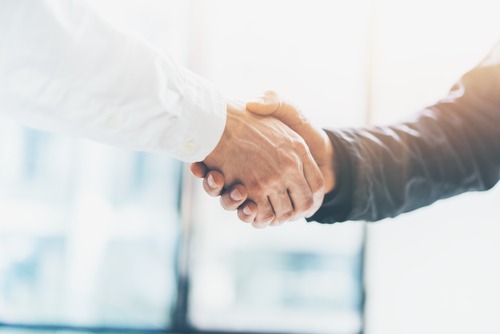 No matter what type of business you’re creating, during the early stages of development, partnership papers are a must. Putting your agreements in writing allows you not only the peace of mind that comes with a formalized agreement, but it also helps you and your development team to get very specific about what exactly it is that you’re doing; you are literally getting everyone on the same page.

If you’ve ever signed an engagement letter for a lawyer’s services, you’ll know that, from a lawyer’s perspective, who the client is makes all the difference. It seems like common sense, but you’d be surprised how often people forget to consider this. We lawyers are paid to advocate for our clients. It is our job to be biased in our client’s favor. If there is any lawyer involved in the creation of a partnership agreement (which there always should be), make sure that the lawyer —and you—understand that the business is the client, not any of the business partners. With your business as the client, any agreements written by the lawyer will be written in the business’s best interest. There will be no favoritism.

Agreements, for example, will always have to account for potential changes and contingencies. If Gerry started the business and years later goes on a drunken gambling binge, using the business’s money, the business will have had protections in place from the initial agreement so that Gerry has to pay the consequences himself rather you’re your business.

Making sure that your lawyer wrote the agreement for your business is especially important if you’re using any boiler-plate documents from a third party or Legal Zoom! One of the biggest risks I’ve seen businesses take is to sign an agreement they got off of the internet with little to no communication with the signed document’s author.

These contracts include merger clauses (more on this below) which effectively invalidate any agreements that either party actually made. More to the point, sometimes Legal Zoom creates documents that are written for investors or other third parties that are not as involved with the business itself, rather than writing them in the business’s best interest! Like any contract, have a lawyer walk you through it, or at the very least take the 2-3 hours to review and revise it so that you don’t end up signing away all your hard work.

Ask as many as you can. Make your lawyer work for his / her paycheck! You should know and understand the parameters for each and every clause in your agreement before you sign it. Is this clause necessary? What happens if person A wants to leave in a year?

Oftentimes partners will discuss a few hypotheticals to illustrate the intention of their agreements. These illustrations and examples are just as helpful for judges reviewing your agreement later on as they are for the partners who make them. When in doubt, write your example down in the partnership agreement itself. Your examples will help to guide future partners and investors when terms can be interpreted in multiple ways.

Think about your agreement as a strategy game, where the win condition is walking away with the most amount of money for the least amount of work. Actively find the loopholes in your agreement so that you can prevent future partners or investors from exploiting them later. All too often, companies have the best of intentions and the strongest relationships until one dispute occurs, and then when a conflict arises, it’s every man for himself. Ask your partners: what sort of incentives do we want to create for one another?

Be Careful with Broad Terminology

Be specific. It’s easy to say something like “partners have to work hard.” While this seems like a good rule of thumb, on a contract, it’s basically meaningless. What constitutes “hard work?” You’ve got your “Promoter,” who’s great at networking and getting people to come to your business. He’s never set foot in his office, though, and hasn’t ‘technically’ made any money for the company. He likes to meet up with people and order expensive drinks. Sure, he’s indirectly bringing in a lot of clients, but is he ‘working hard?’

Also, the fact that the clause says “partners have to work hard,” implies certain consequences. However, because no consequence is specified, there is effectively no consequence. A well-written agreement will be specific enough to make these clauses effective.

Here’s an example:
Each partner shall work for a minimum of 40 hours per week for the partnership on one of the approved tasks (as specified by a majority of the other partners). If any partner knows that he or she will fail to meet the required 40 hours, he or she is required to notify the partners at least one week (5 business days) in advance. Failure to meet these requirements will result in _______.

Technically, most contracts do not have to be written down to be official or contractually binding. Many years ago, courts struggled with contracts that were partially written down, but also included verbal agreements between people. Naturally, the written agreements were much easier to prove than any verbal ones, so the courts started to allow “merger clauses.”

Basically, these clauses –which exist in most modern contracts—state that “all other agreements do not exist,” are “void,” are “superseded by this agreement,” or say “this is a complete agreement.” If a judge sees this clause, he will probably not even look at that perfect email where your opponent said exactly what you need to prove your case. The judge will just look at the contract as it is, without the email. “Is your email in the contract? No? Okay, then there was no agreement.”

The fact that these clauses exist forces people to write down all of their agreements in the partnership agreement itself. Even if you add something later—which is very common—you must add the new agreement as an addendum to the original contract, and write down how it changes the previous contract.

A notary is basically an officer of the court who takes your ID, writes down your name, and can later testify at court that it was, in fact, you and the other partners that signed the agreement in front of them (the notary-person is technically a witness to your signature). The notary-person can testify that your signatures were not forged, and it was this specific copy of the agreement—not the one on Google Docs that could’ve been tampered with—that was signed. This is not a very difficult step, but many people forget to do it. Most banks have notaries that won’t charge you much money, or if you’d prefer, lawyers can usually notarize agreements as well.