The Short & Skinny of Buy/Sell Agreements 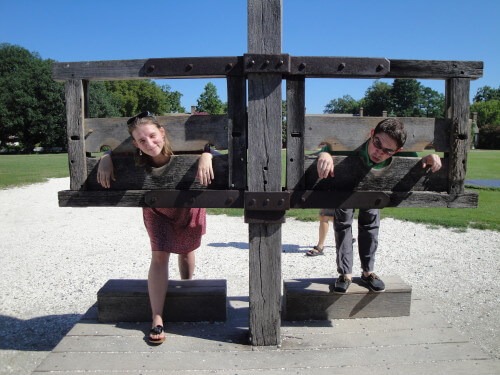 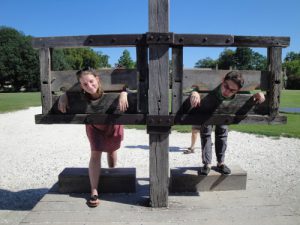 Buy/Sell agreements are a very simple and important aspect of business law. Every legal entity that is currently owned by more than one individual needs to have a buy/sell contract that allows investors to exit successful companies without losing their investment, while allowing the remaining company to carry on without losing too much capital.

Simply put, a buy/sell agreement is a legal contract that details what will happen if and when a business owner leaves the company. (Note that there are other uses for these agreements as well, such as when a business is being purchased outright, but that’s for a later blog).

The contract is kind of like a pre-nup for entrepreneurs and business owners. No one plans on going through a divorce – business or otherwise – but smart planners will have a gameplan just in case parting ways becomes necessary. (Note: Author acknowledges that lawyers can really be a buzz-kill).

What are Minority Shareholders?

The Problem with Minority Shareholders

Let’s say, for example, that Fred purchased 10% of a new commercial distribution company called “Ice Bucket Challenge Buckets.” The company’s doing well, but something comes up in Fred’s personal life that requires him to liquidate his interest in Ice Bucket Challenge Buckets. There are two other owners, a 51% shareholder and a 29% shareholder. Fred would like to sell his 10% interest in the company, but doesn’t know how to determine the value, and find people who will actually purchase the shares.

Determining an accurate value for the shares is nearly impossible. Sure, Fred can try to sell it on the open market to see what they are worth, but the shares of a small company are unlikely to sell unless the company is wildly successful. Moreover, as a minority shareholder, owning 10% of the business does not come with a lot of power. Sure, Fred can vote on business decisions, but he’s always liable to be outvoted. Even if he gets the other 29% shareholder to vote with him, they’re still only voting 49%. A good operating agreement or by-laws (startup documents that every business owner needs) will include a supermajority vote (say, 67%) for major business decisions. Unfortunately, LegalZoom and other form agreements will require that the decisions be made by a “majority vote,” – leaving all of the minority shareholders at the mercy of the controlling shareholder.

Alternatively, Fred could argue that the value of his shares is the value of his initial investment, adjusted for inflation. The problem with this is that it completely ignores the actual value of the company. If Fred’s only getting back his initial investment, adjusted for inflation, there’s really no reason for him to invest in the company in the first place (he would likely be better off investing his money in an annuity or stocks and bonds than Ice Bucket Challenge Buckets).

Alternatively, Fred could argue to a judge that his shares are worth 10% of 4 years worth of the business’s sales, or profits, but this number would be rather arbitrary, and I doubt a judge would award such a value without a specific agreement that was signed by all parties in advance.

Another problem is that there are very few people who would be interested in purchasing the shares, and the ones who are interested in buying a minority interest in a company, are fully aware of Fred’s predicament, and expect large discounts on the selling price, leaving Fred in a sinking boat…without a bucket…(I know, I know, I should write comedy!)

Having a solid buy/sell agreement solves all of these issues, and makes the business more attractive to investors by giving them a streamlined process to exit the company once their investment has matured.

If at all possible, write out your buy/sell agreement at the beginning. When companies are first starting, everyone’s excited; it’s a honeymoon period. This is the perfect time to put in writing exactly how you want the business owners to be able to exit the company. Let’s face it, things change, and at the end of the day, all investors are there—at least to some extent—to make money. Agreeing to a specific value for each share in the company beforehand will save your company huge costs in litigation, not to mention the stress and uncertainty that would result as well.

The trick to buy/sell agreements is to agree to a formula for determining the value of the shares, and have the company itself buy back the shares from the minority shareholder if and when a business owner wants to exit the company. If the re-purchase price would be too high—if it threatens to cripple the company—you can add a cap to the provision that takes into account annual sales and losses.

At the End of the Day

Buy/Sell Agreements are immensely important. All investors will need to exit the company at some point, and investors may be more willing to invest if they know there’s a streamlined process for them to liquidate their shares if they ever have to. With buy/sell agreements you can avoid minority shareholder issues, including the difficulty in determining the value of the shares at any given time, and finding buyers for the shares, not to mention the high stress and large costs of litigation over these issues that arise when you don’t have a buy/sell agreement intact.