To Patent or Not to Patent: That is the Designer’s Q: 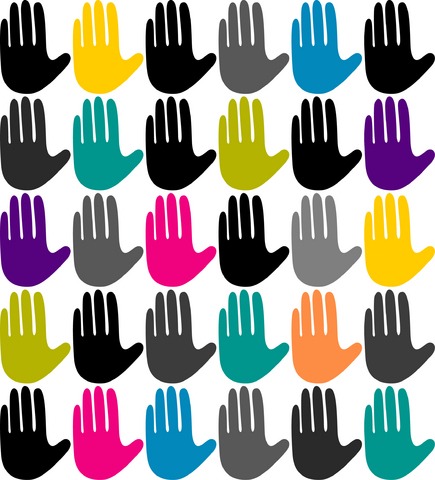 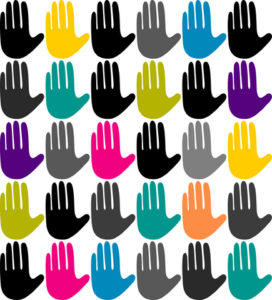 Small gaming companies have a major decision to make in the early days of their game development: whether or not to seek a patent for their game.  While an important business question, this can be a moral question as well: if I seek a patent, will I join the ranks of the Trolls?  Patent trolls, also known as “NPEs” (Non-Producing Entities or Non-Practicing Entities), are most certainly a plague to our burgeoning video game industry.

We certainly don’t want to find ourselves sitting under bridges, watching for youthful game companies to sue. Still, as a real gaming company, we’re going to be doing more than simply waiting for our next “victim.” We’re going to be actually creating and marketing a real product, so maybe a patent is worth considering.

All troll metaphors aside, the value of patents in a software-based industry such as gaming has been frequently questioned. For example, many believe the general expertise of patent examiners (officials at the Patent and Trademark office, or “PTO,” charged with determining whether an invention is worthy of a patent) is heavily lacking. This, allegedly, results in patents being issued for ideas that are far too broad and/or patent applications being turned down for ideas that really do deserve a patent.

Indeed, many patents attribute the gaming industry’s rapid growth to a dearth of restrictions in its early days, and the general scarcity of patent applications. Having too many patents within the industry can shut out the little guys that create all the innovation necessary for a healthy industry. To combat patent trolls’ tendencies to stifle innovation in the gaming industry, the Electronic FrontierFoundation, joined by Microsoft and Google, have gone so far as to campaign against patent trolls, pushing the SHIELD Act through Congress. But let’s get down to it – the patent laws are there for a reason.  What do patents really mean to you?

Pros to filing a patent:

Anyone who invents something may be able to get a patent for that idea, including ideas applicable to gaming. Once you do have a patent, it’s enforceable against anyone in the country trying to use the unique aspects of your game. If someone tries, you get to sue to stop them, or to recover damages including all their profits. Patents protect ideas, rather than just software codes, as copyrights do.  So, your patent may be able to protect against other games that are not exact duplicates, but use similar concepts or techniques. Also, the patented idea itself can be used in other games in your company’s portfolio. If you have a lot of success with your game(s), you can sell your patent to larger gaming companies, if you so choose, or you can use it to grow your own business by stopping copyists.  Either way, having a patent makes your position at any negotiation much stronger.

For example, if company A finds company B infringing upon their patent with a similar game, A can either begin (or threaten to begin) costly litigation and sue, a process which will take years and millions of dollars, or they can simply find aspects of the competing company’s patent that company A could benefit from, and create a licensing agreement with company B that allows both companies to pay one another for the use of their patents.  In this way, patents help at the negotiation table with competing companies and avoids paying millions of dollars in court costs and lawyer fees.

Cons to filing a patent:

On the other hand, whether to patent has been a controversial issue in the gaming world for a while now. (see here and here).  Many see the decision to seek a patent as an ethical dilemma in the industry; creating patents may unnecessarily constrain creativity in the gaming industry as a whole.  A recent episode of This American Life was on patents, describing how big companies may even be able to prevent us from playing used games!  There is concern that, even if a patent is granted, that patent itself makes it that much more difficult for startups in the future. Still, if your goal is to protect your business, consider how you would feel if a competitor launched a game incorporating your company’s ideas.

Additionally, a very real concern for a small company is the overall cost of filing a patent, easily as much as $10,000 to $50,000 in the US, and often even more depending on the breadth of the patent sought and the lawyer-hours required to apply for it.  As almost every country has their own separate patent filing system, the price multiplies with each other country a startup wants their patent filed and protected in.  A significant portion of this cost comes up front as the patent application is prepared for filing. The time for a patent to grant is no joke either.  Patent applicants usually have to wait 2 to 4 years before they even hear a reply from the United States PTO, and this response is rarely a conclusion. In a fast-moving industry like gaming, this can be a real disadvantage.

By now, you probably realize that whether to patent isn’t an easy question. But keep in mind that you can’t take forever to decide.  There are some hard and strict deadlines that control when a patent application can be filed; if you miss them by dragging your feet, you’re out of luck.

Suppose you want to show off your new game concept. Is your demo a “private sale” or “public disclosure?”  Gaming companies don’t always consider this, but posting anything on the web to do with the (hopefully patent-able) ideas you want to patent may be considered—in a court of law—a “public disclosure.”  If it is, and it’s better to err heavily on the side of caution on this one, then you have exactly one year to file for a patent—one year from the date the demo or idea was posted on the internet, released to the public in any way, or sold to any person.  Obviously, as mentioned above, patents take years to get, even if you are successful, but thankfully the key date is your application filing date; once you file for a patent, you don’t have to worry about public disclosures or sales affecting your patent.

Here’s the important part: if you don’t file for a patent within exactly one year of the public disclosure or sale, you will forever forfeit your right to file the patent.  And outside the US, you will likely not even have the one year “grace period.”  (Note that selling merchandise, such as T-Shirts with your logo or game characters is very unlikely to constitute a public disclosure or sale of your game for purposes of filing for patents because this activity probably doesn’t disclose the idea that is the “invention.”)

If you’re at all considering obtaining a patent for your game or ideas, it is always best to set up an initial consultation with an attorney who specializes in game or software patents to see if your ideas are “novel” enough to be patented, how much your particular patent application would end up costing, and the timing for filing for your patent.  Do this early, before something happens that cuts off any right to file for a patent.

If you don’t want to seek a patent, like many small game companies, you can take the large risk of relying on the integrity of the gaming community as a whole.  You can also rely on copyrights and trademarks (more on this in future blogs) to provide some protection.  This obviously risks losing your ideas to another company that is able to use them, but is certainly less costly and time consuming up front.